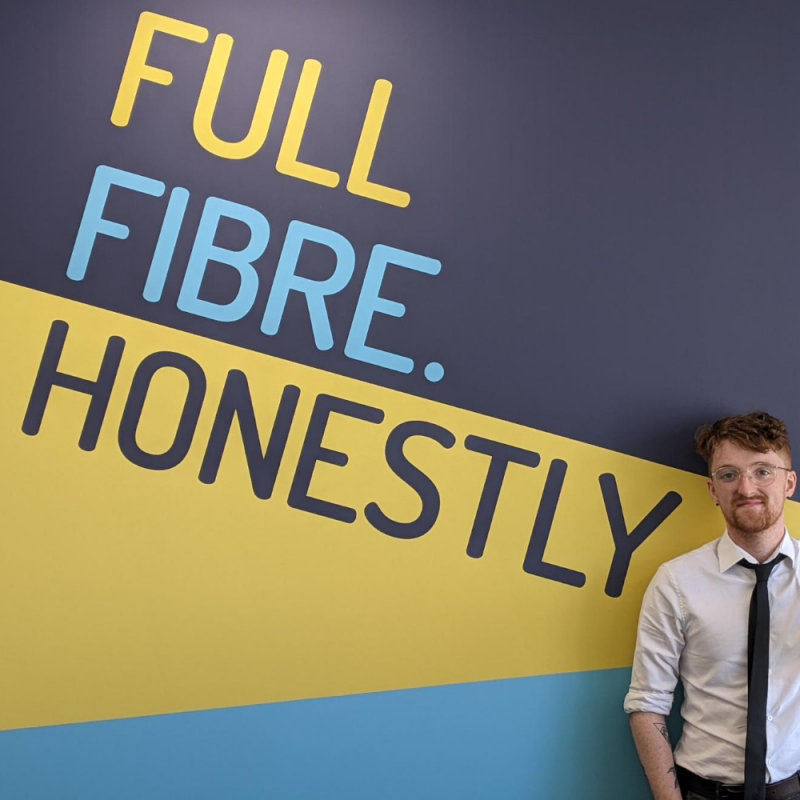 A good friend and colleague of mine once told me –“your career makes sense in the rearview mirror.”

To most, this phrase is a pleasant reminder that folks can think of their past and lament the fact that they, too, had an odd time getting to where they are now. Lives deviate, things change, and so we make understandable pivots to better serve ourselves. I enjoy the fact that my path to this point doesn’t particularly make sense in the rearview mirror.

Choosing a starting point can be difficult, but college makes sense. Before selecting my A-Levels, my father would say do what you enjoy and you will always do better for it. After promptly ignoring this advice, I thought being a doctor would be the way to go, and after gracefully failing calculus I pivoted to the police, and the day before my 18th birthday I had been accepted into the Hampshire constabulary for their ‘Specials Training’ program.

I trained as a police officer learning the law, as well as ensuring I was in the right physical shape to do what I needed. All was going well until results day came around. I had achieved much better results than I had expected, but I realised that perhaps my dad was right and I needed to do something that I enjoyed and maybe I was too young to try to fast track into the police. I quickly ran to a computer and typed in media studies into the clearing search. Unknowingly, I had signed up for digital media design, which was a world away from writing essay pieces about film and media, but instead was a digital design course.

I left university with a First Class Honours degree. And, after a failed first attempt working at a startup, I returned to complete my MA in branding, advertising and marketing. It was a new semester at Winchester University for my master’s degree. It was getting warmer. My new friends and I were sitting in a pub garden all talking about our visions for the future. I haven’t seen them since that day.

I was so naïve at the beginning of the lockdown. I had finished my MA and then I had nothing. I say this for dramatic effect, honestly. I had the stuff to do, but I had no purpose, no drive. Just watching the clock waiting for something, anything, to happen. Throughout COVID I was put onto furlough, which wasn’t fantastic – thankfully I had been a freelancer for a while and could dive headfirst into some projects.

One day, after my montage of groundhog day, I noticed a post on LinkedIn from a close friend of mine, Richard Coope. It talked about how the government had overlooked the graduates who were leaving university, with no way to get their foot in the door. This resonated with me. This was me. I contacted him, and soon after a phone call, I was put to work.

Richard, Dan, and I started working on the initial incarnation of Winchester Creatives with a few other kind volunteers – Dan and I had previously worked together when I had undertaken an internship at another local design agency where he worked. The idea was a not-for-profit CIC to help bridge the gap between industry experts and those new graduates who were coming out of university trying to get their first role within the industry.

As a small, dedicated volunteer ‘Winchester Creatives’ team, we planned our initial launch campaign, created a fresh new visual identity, and prepared our first crowdfunding campaign. During this campaign, I sold my first piece of art and I was proud. It raised some money for our Winchester Creatives cause. We conquered our fundraising goal, raising £6,000 in just 8 weeks and we achieved all that we had planned. I even ended up doing some work for Dr Martens after being presented with an exciting opportunity to work with Richard and his Brightful team.

Through Winchester Creatives, I networked, was mentored, worked hard, and developed my skills. It was an opportunity to have purpose again, and I took it. It’s hard to state the impact that this project and those people have had on my life. Eventually, we had managed to turnover almost the entire cohort and help them get their first roles within the design industry.

Throughout Winchester Creatives, I had forgotten that I too needed to move on and get a job in the industry. However, I felt because of my age or lack of industry experience, that it was far easier for more senior people to take the junior roles. I was 21 losses to 0 wins – and some (annoyingly enough) just by a hair – before my best friend sat me down for a chat.

My housemate and best friend, who had been made redundant throughout COVID-19, had got a new job at Giganet working as a systems engineer and referred me for the job. What I lacked in experience I made up in attitude. To want to work hard and actually enjoy what I do every single day.

Needless to say, Giganet was very open and kind when I first started, giving me a week to get acclimated and then letting me go out with the sales team to give out free ice creams, this was to celebrate our hyper-fast broadband services. I was humbled that they invited me to their 18th birthday celebrations, which in hindsight felt like an ironic twist, as I felt I too, had finally finished my journey of adolescence.

Throughout the hardships of being a student, trying to run my own business, to understand what being an adult is all about, these past 5 years had been a transformative time for me and it wasn’t a painless transition or without regret and fear.

Currently, the company is expanding into more and more areas, meaning I will soon have quite a lot of work to be doing in regard to marketing our services to these areas. I will try my best and be open to being taught the ropes around here.

Overall, I can’t help but feel most of the twists and turns in the rearview mirror of my career have been happy accidents. And I find myself often overwhelmed that Giganet has employed me as their ‘Digital Content Creator’, allowing me to finally get my foot in the door and show that I am a capable creative.